Launched on Mara Day 2019, the Importance of a Healthy, free-flowing Mara river to the society and economy of Kenya and Tanzania outlines how critical this famous river is to both countries.

But the Mara River Basin has much broader importance to Kenya and Tanzania. Although home to only 1.4% of the Kenyan population and 0.7% of the Tanzanian population, “the basin supports some of the most profitable economic activities in Kenya and Tanzania, including tourism, agriculture and mining, which collectively contribute between 10-15% to both countries’ GDP.

However, the delicate natural balance of the basin is at risk. Risks range from land-use change in the upper catchment, pollution in the river system and development of infrastructure such as dams, hydropower, irrigation or water supply that may undermine the natural variation in the river flows.

Other risks include extreme climate and variable hydrology in the Mara in the future, as a result of climate change is a major risk for the future of the ecosystems that support the economy and society of Tanzania and Kenya.

The average population growth in the basin continues at approximately 3%, with associated demands on the natural resources in the basin. This has been accompanied by an increase in agricultural lands at the expense of the basin’s forests and grasslands. In addition to the associated effects of deforestation, water abstraction for livestock, agricultural irrigation and other industries are on the rise.

The Mara is not a large river, and ever-increasing abstractions will, eventually, severely degrade the riverine ecosystem and even impinge upon the most basic needs of people living along the river. The effects of such a dry down would be profound, both for people, livestock, wildlife and the basin’s economy.

The underlying concept of the reserve flow is that providing minimum standards are met in each month any surplus water is potentially available for abstraction for other uses. However the results of the study show that in drought years the reserve flows are not being met even in the upper and middle reaches of the river from which the study concludes this ‘may be the first clear evidence of a trend towards unacceptable alterations of the Mara River’s flow regime’.

Conservation of a healthy, free-flowing Mara River is important for every aspect of Kenya and Tanzania, whether economically, socially, culturally or environmentally. Future development plans in the basin needs to be conscious that without the natural flow of the Mara River, the Blue Heart of the economy and society would cease to exist in Kenya and Tanzania.

By all working together, the future of the Mara may be able to balance all its competing needs. We all have a role to play. Each sector has a responsibility and a series of actions that may bring about sustainable development in the basin. 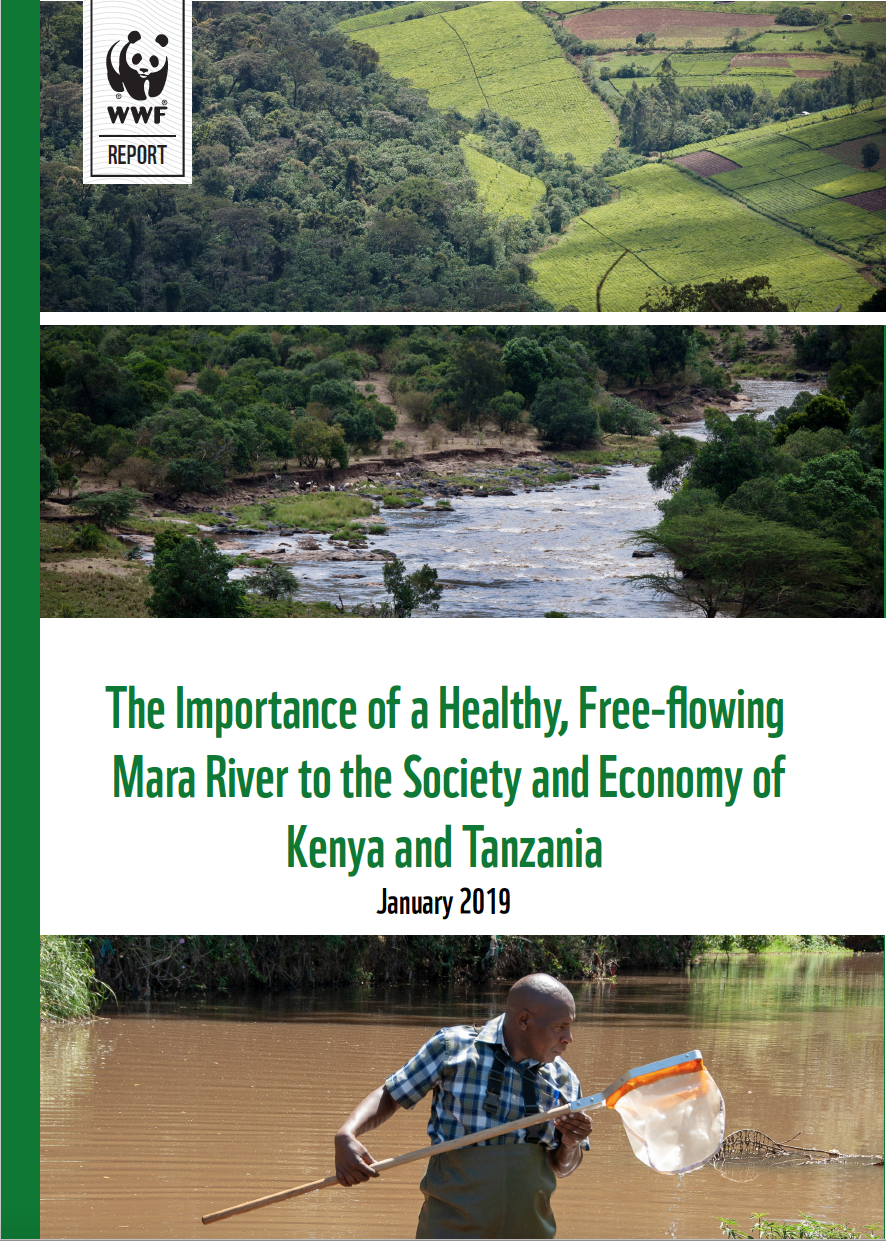 Download
The Importance of a Healthy, free-flowing Mara river to the society and economy ...
PDF
6.83 MB