Rangers face challenging and dangerous situations almost every day, yet many lack the most basic means to do their job. Discover more about Musa Moloi, Wildlife Ranger in Kenya's Loita forest, and how WWF is supporting his vital work.

"I work hard every day to protect wildlife and support local people," explains Musa Moloi, describing the demands of his work. Musa is senior community ranger at Elangata Enderit village in Loita forest, which borders Kenya's Maasai Mara. Musa lives at the heart of the very community in which he himself was raised, with his wife Teresia and three-year-old son Ryan. "Make the life of a ranger better," says Musa, "and you'll get the best conservation.

"We try and achieve the best coexistence between the wildlife, the forest and the local pastoralist communities," Musa explains.

Musa's father still lives in the village where he grew up. He's proud of what his son has achieved, and has taught him much about the local wildlife. "The area where my father was a young man was once the best place for rhinos," Musa explains.  "It's sad for him that we've lost so many animals, especially the rhinos."

For rangers such as Musa, having family ties within the community they serve helps foster trust and respect. And village elders, such as Musa’s father, remain an invaluable source of wisdom.

A ranger’s life is not easy,” says Peter Lokitela, who trains the men thanks to support from WWF. “But because of their passion, these rangers have the endurance and perseverance it takes.” Peter describes how hard life can be for his team, who cope with basic living conditions and meager resources to do their work, but explains that their camaraderie pulls them through.

In Kenya, WWF with the help of its supporters, have helped develop Mara Siana and Oloisukut community conservancies, both located in the buffer area around the Maasai Mara National Reserve. These were formed when the communities jointly set aside land for conservation, tourism and livestock pasture. Habitat degradation has also been arrested, and poaching — once heavy here– has fallen steeply, resulting in increases in threatened wildlife populations, such as lions. Local livelihoods have also improved. The communities now benefit from increased employment, better grazing management and improved cattle quality.

Find out more about this inspiring story. 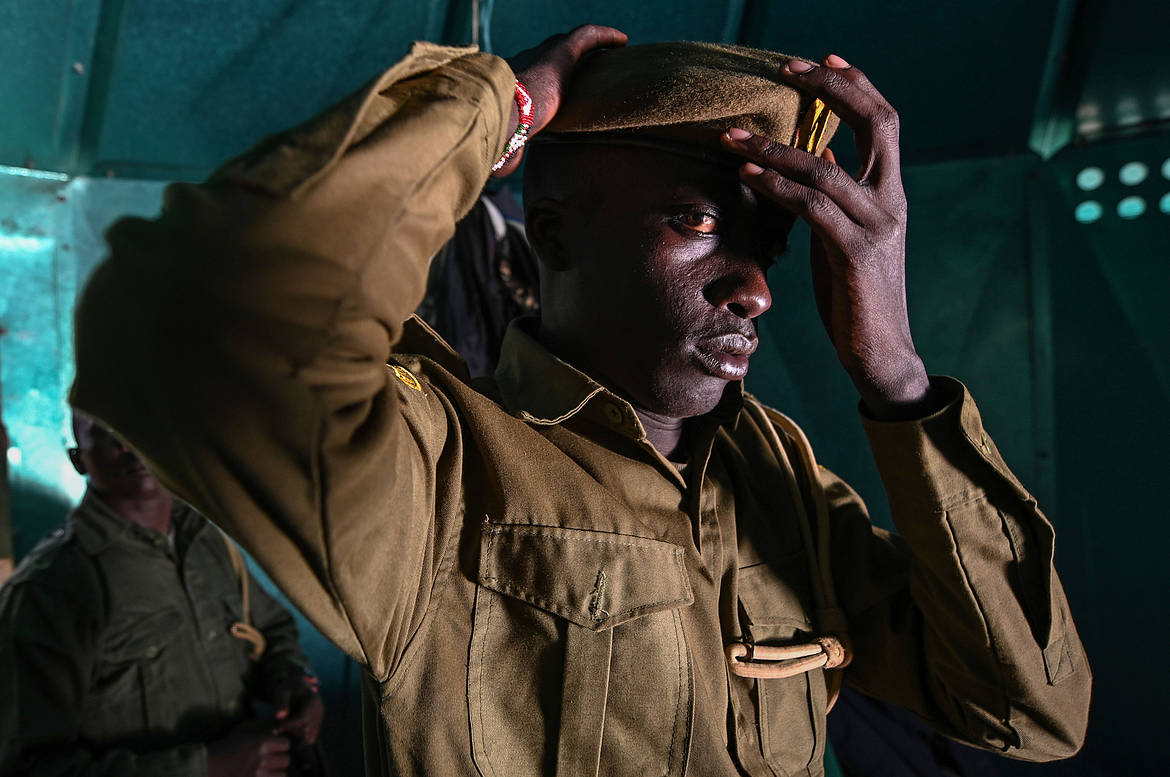 Musa is a senior community ranger at Loita conservancy.