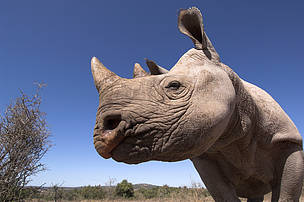 WWF-Kenya are truly devastated at the heartbreaking loss of the black rhinos  translocated to Tsavo East National Park under the Kenyan National Rhino Strategy. As a donor supporting the Kenya Wildlife Service (KWS) project to expand the National rhino population, we are committed to ensuring that vital lessons are learned from this tragic incident to prevent such losses in future.

To this end, as announced on 8th August, we have initiated an independent review into WWF’s role and responsibilities as a donor of the project to create a black rhino sanctuary in Tsavo East National Park. The review is being undertaken by a multi-disciplinary team consisting of Paul Chiy, a lawyer, arbitrator and expert in dispute resolution who will provide oversight from a governance perspective and Raoul du Toit, Director of Lowveld Rhino Trust in Zimbabwe who has decades of experiences in black rhino translocations and is a member of the IUCN African Rhino Specialist Group.

The purpose of the review is to provide an objective assessment of the role of WWF in the project. The recommendations from the review will be used  to improve our internal processes where necessary, so that we can continue with our work to ensure the survival of the species. We are committed to ensuring that everyone involved in this translocation and the broader conservation community understands and can apply necessary lessons learnt from this operation as we work together on black rhino conservation in the future.