World Sea Turtle Day is celebrated on 16 June. But with 8 million tonnes of plastic dumped in our oceans every year, these amazing creatures are under threat.

Six out of seven species of marine turtle are threatened with extinction.
Here, we share 10 facts that show just how amazing these creatures are, and highlight why we must fight back against the plastic pollution choking our oceans.

1. Turtles don’t have teeth. Instead, their upper and lower jaws have sheaths made of keratin (the same stuff your fingernails are made of) that fit onto the skull like a pair of false teeth. 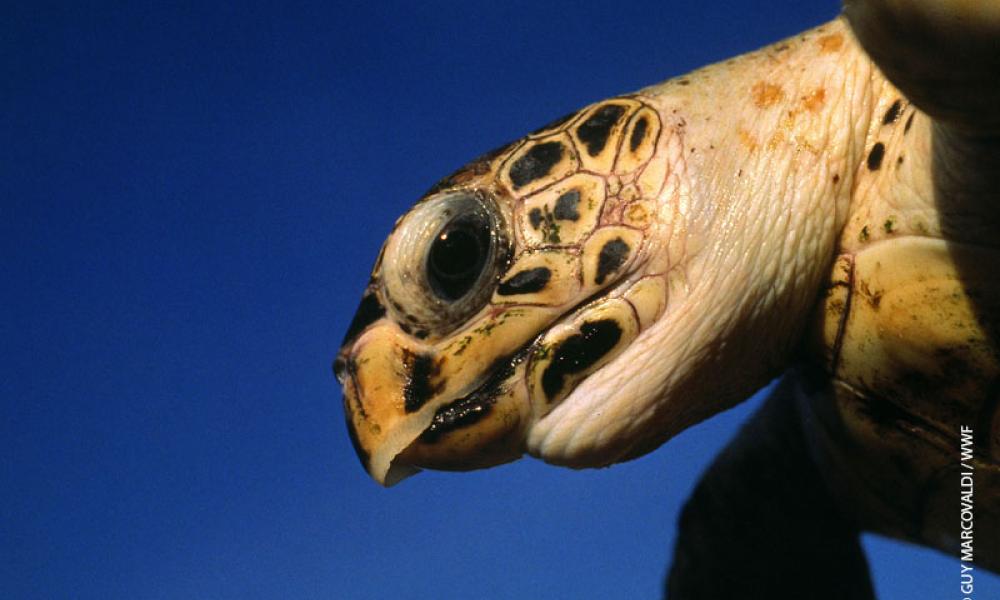 2.Turtle shells are made of over 50 bones fused together - so they're literally wearing their bones on the outside 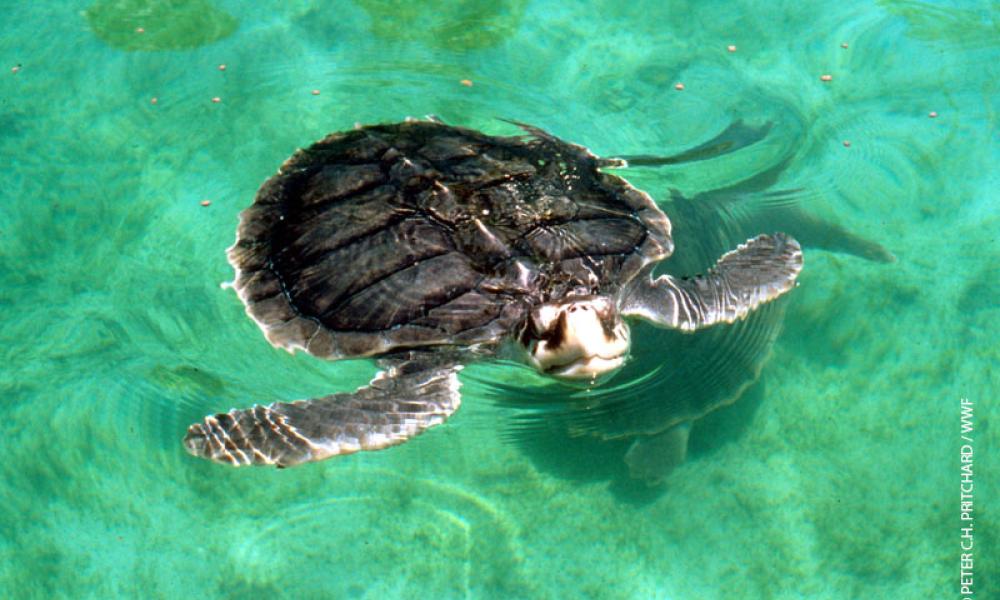 3. The first few years of a marine turtle’s life are often referred to as the ‘lost years’. That’s because the time between when the hatchlings emerge until they return to coastal shallow waters to forage is incredibly difficult to study. The lost years they spend at sea – which can be up to 20 years – largely remain a mystery to humans. 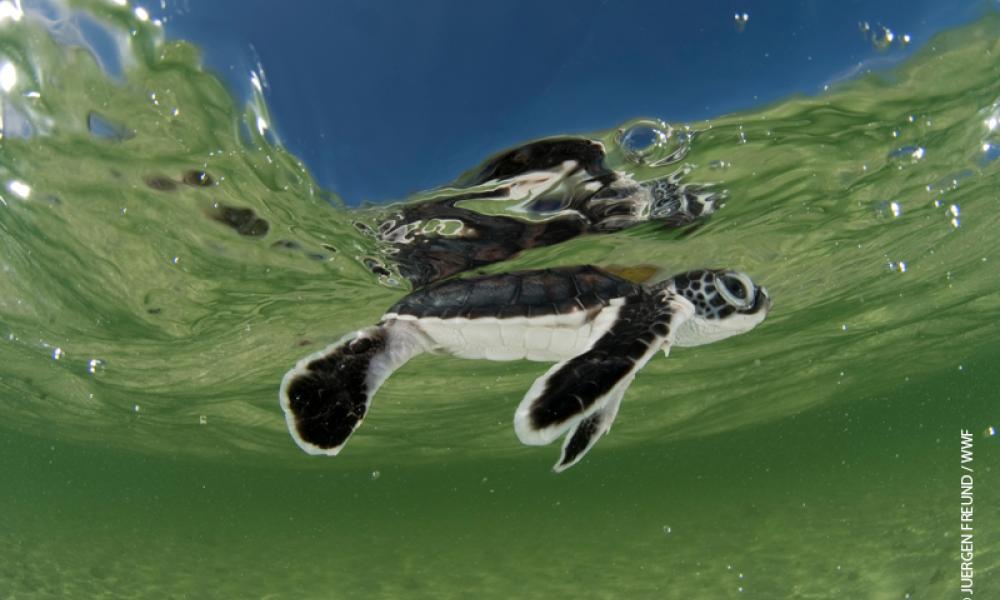 4. Marine turtle species vary greatly in size. The smallest, Kemp’s ridley, are around 70cm long and up to 40kg in weight whilst the leatherback can reach up to 180cm and 500kg in weight. That’s over 10 times heavier! 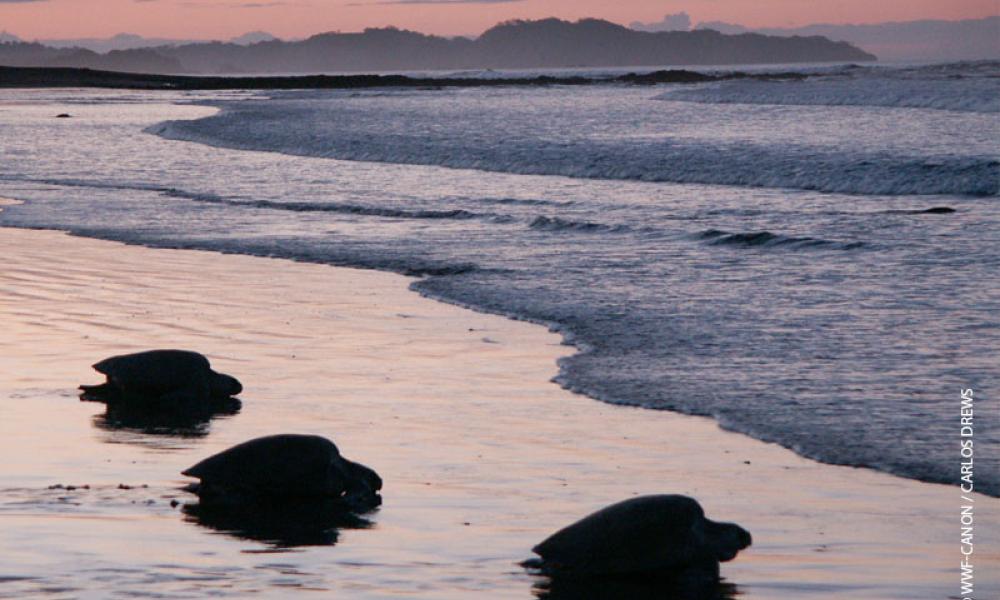 5. It’s estimated that as few as 1 in 1,000 marine turtle eggs will survive to adulthood. And if beaches are strewn with litter, it can prevent hatchlings reaching the sea. 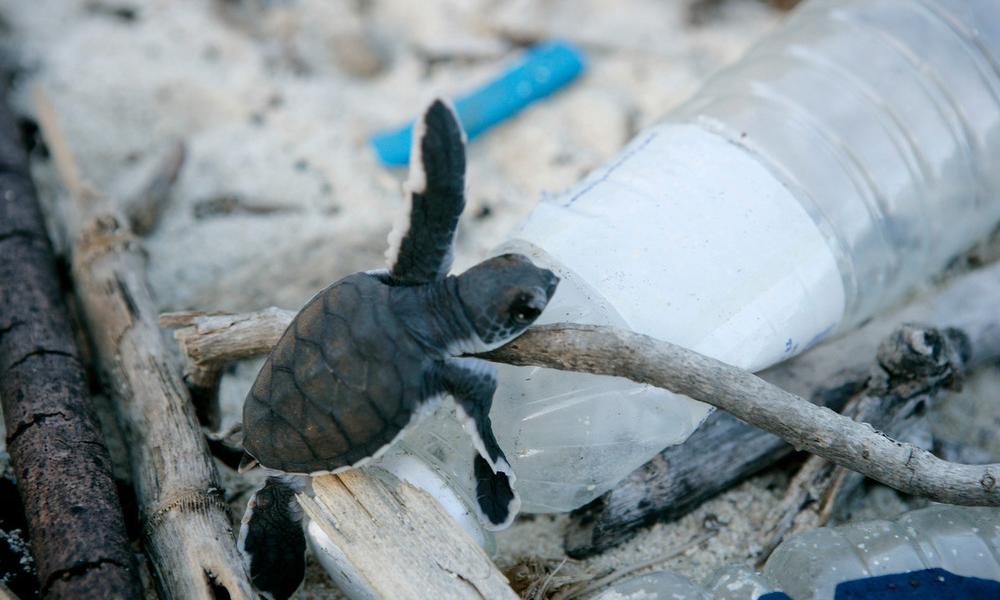 6. Female leatherbacks make some interesting noises when they are nesting – some of which sound similar to a human belch. 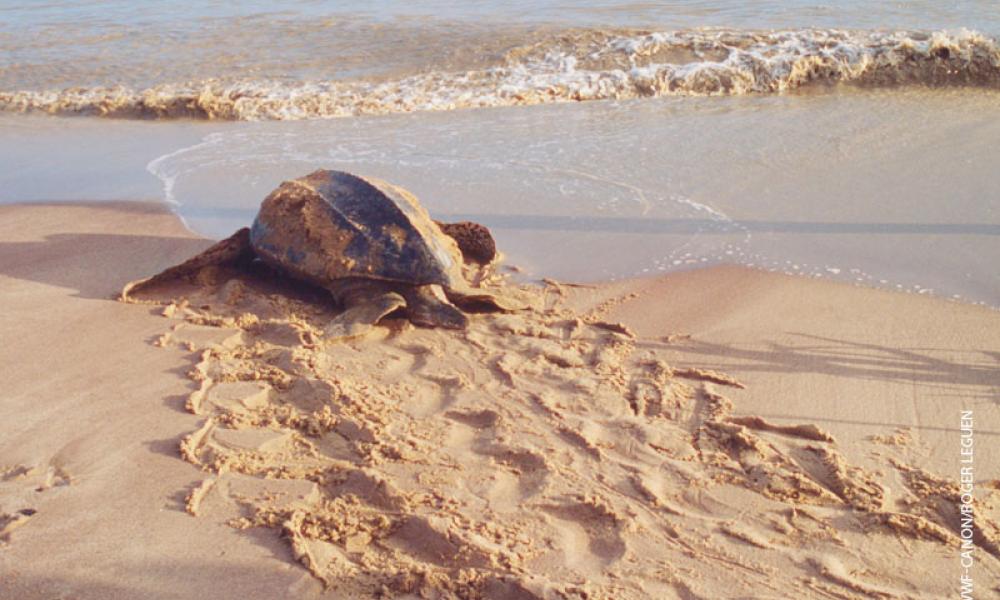 7. Turtles seem to prefer red, orange and yellow coloured food. They appear to investigate these colours more than others when looking for a meal. 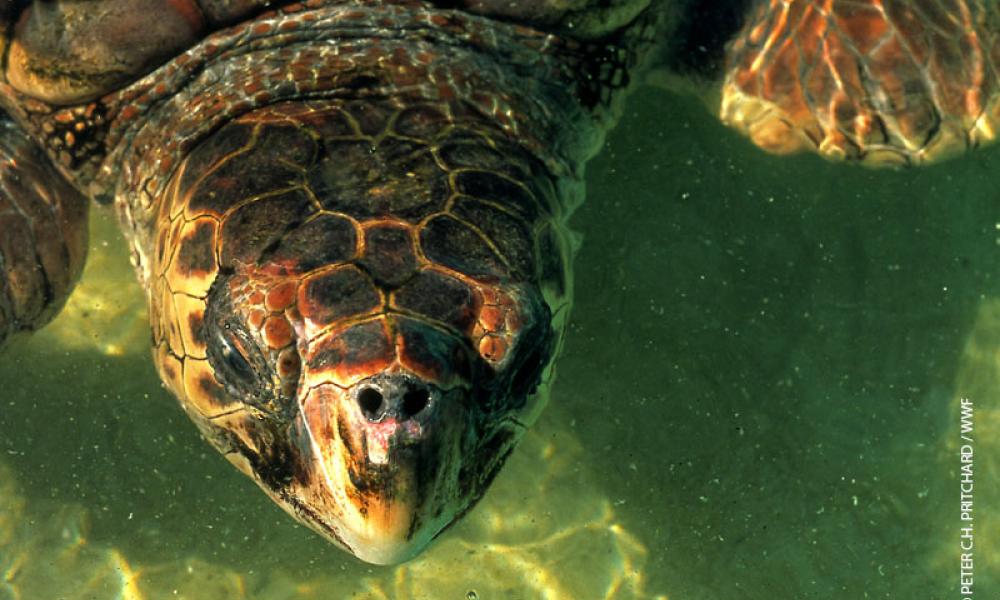 8. Marine turtles can migrate long distances – the record is for a female leatherback that swam nearly 13,000 miles over 647 days from Indonesia to the west coast of America! 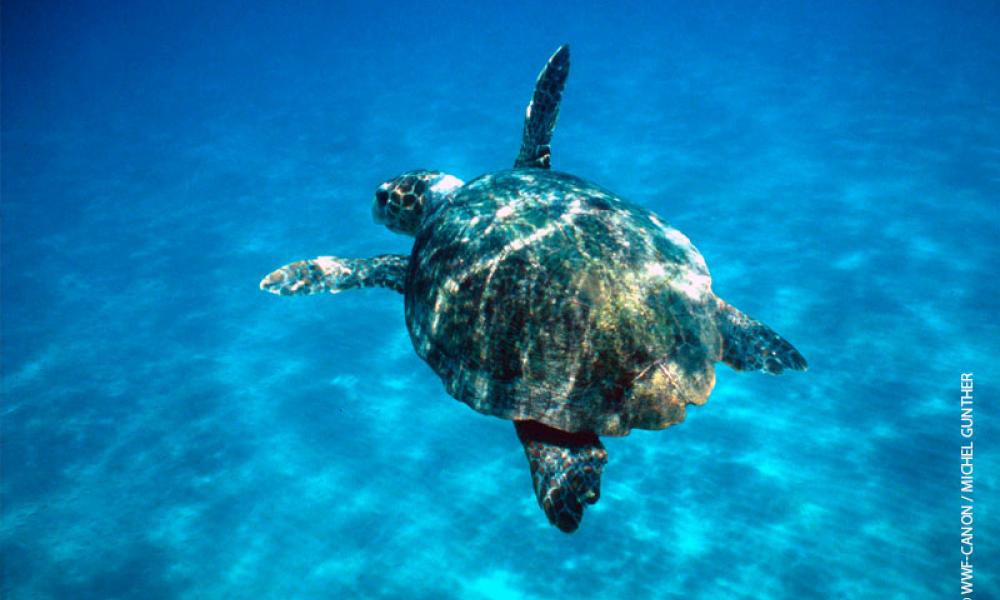 9. Female marine turtles return to the same beach they hatched on to nest. Marine turtles’ amazing ability to navigate comes from their sensitivity to the Earth's magnetic fields. 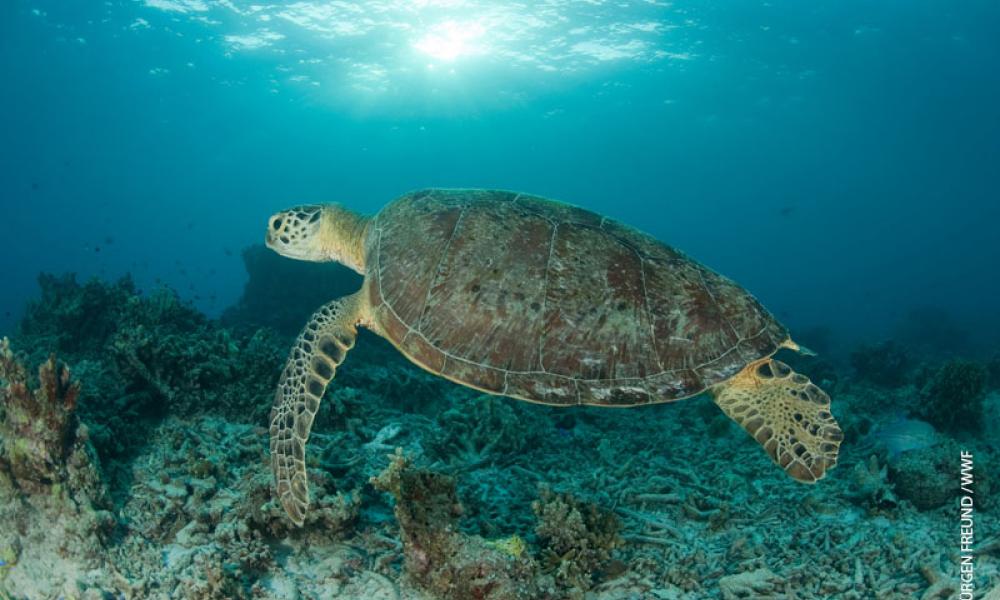 10. Even with all these amazing features and adaptations, six out of the seven species of marine turtle are threatened with extinction, and the seventh is listed as data deficient. 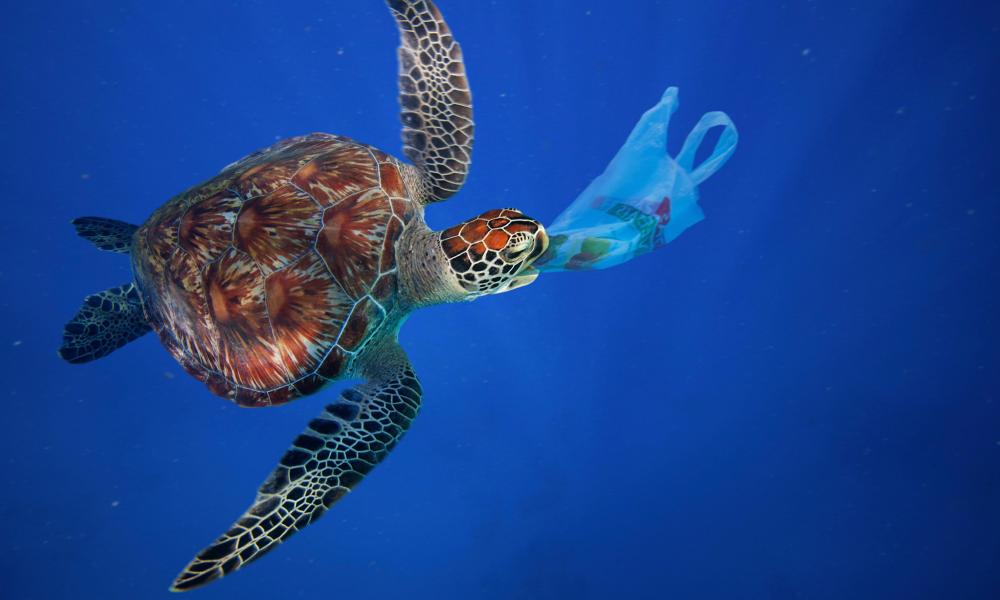 Plastic pollution is one major threat to sea turtles. In fact, one sea turtle out of two has ingested plastic - often mistaking it for food such as jellyfish.
We all have a role to play in fighting back against the plastic waste choking our oceans. Join the fight to stay updated on how you can help.