The event which was presided over by the Cabinet Secretary, Ministry of Tourism and Wildlife Hon. Najib Balala, is a key milestone in the conservation of black rhinos that are listed as Critically Endangered after their numbers declined by over 90% over the last three decades – majorly as a result of poaching pressure. The current national population of black rhinos stands at 745 as at end of 2017. The new Rhino Conservation Strategy (2017 -2021) aims to achieve at least 5% p.a growth rate and attain a population of 830 by 2021

“Today marks the coming together of a dream that has been in the making for over 7 years between WWF-K and KWS. This donation of two vehicles and other vital equipment will go a long way in ensuring that our Rangers on the frontline are adequately equipped to carry out their duties.” Commented CS Hon. Najib Balala.

“Through partnership with WWF-Kenya and other partners, KWS has been able to spearhead Rhino conservation efforts in the country and under their stewardship, we have seen the once dwindling Rhino population pick-up from about 400 Rhinos, to now close to 750. Last year alone saw the birth of 109 newborns and an overall decrease in poaching. I would like to thank WWFK for their continued support of this noble cause as we seek to preserve our heritage.” He concluded.

Speaking during the launch where WWF-K made a donation of 2 Landcruisers, 3 motorbikes, night vision cameras, tents, GPRS equipment, binoculars and boots, WWF-Kenya’s CEO Mohamed Awer reiterated the organization’s commitment to supporting the conservation of the black rhinos in Kenya. ‘’In the last 3 years we have supported KWS work in Rhino conservation to the tune of approximately Ksh. 220 million which translates to about 70% of all rhino conservation work in Kenya. Most recently, we have supported the establishment of 100Sq Kilometers rhino sanctuary with a complete solar-powered electric fence that the 14 rhinos will now call home.’’

The establishment of the new sanctuary in Tsavo East National Park will boost efforts in managing rhino population in other sanctuaries that have exceeded their carrying capacity. This will in turn improve the growth rate of rhinos. With the escalating global poaching crisis, investments have also been made in new areas including judicial and prosecutorial training on the scope and intricacy of wildlife crime, including scene of crime management. WWF-Kenya is also working closely with local communities in mitigating against human-wildlife conflict, and habitat management. 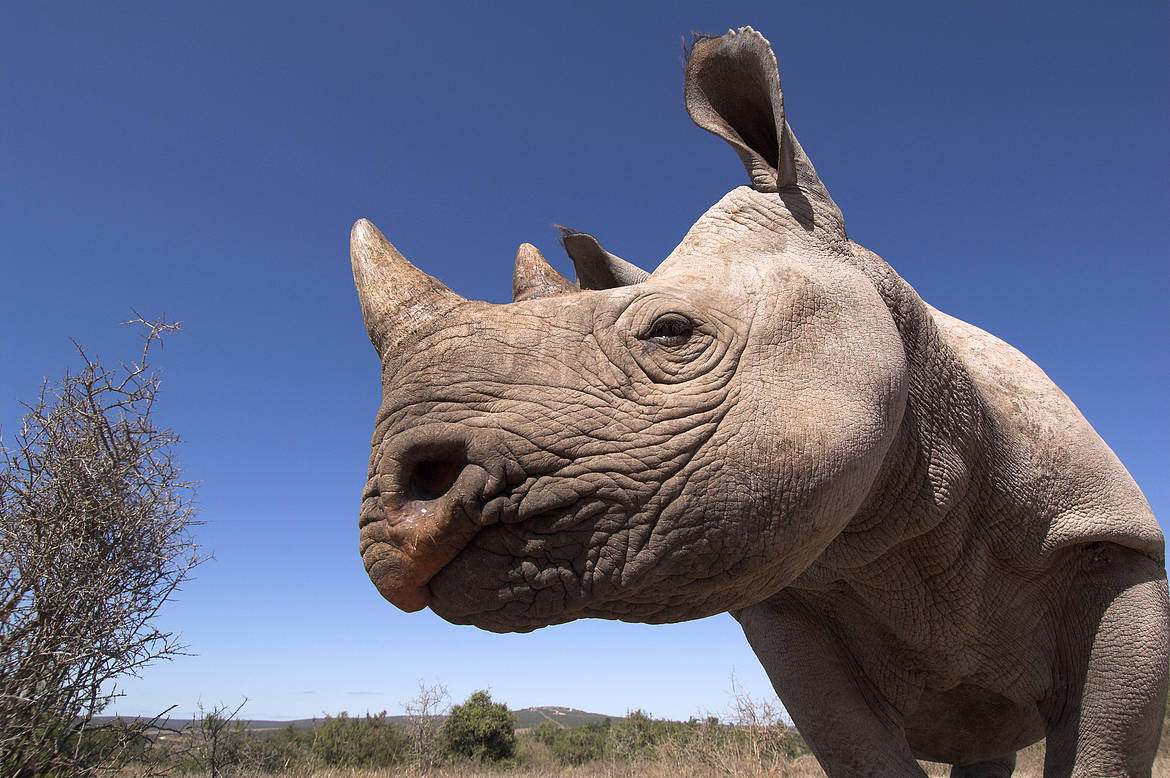