LION: KING OF THE JUNGLE

Lions need no introductions. They have been symbols of bravery, strength, and power. But do you know the following interesting facts about them?

African lions have captivated our imagination, evoked awe and inspiration, and inspired folklore and legends. They have been part of modern culture, depicted in books, movies, and art. Despite this, they are also one of the most persecuted big cats.

Lions have lost more than 90% of their historical range, are locally extinct in 26 African countries, and only occur in 27 of their original range countries. The population has crashed from potentially 200,000 lions 100 years ago, to around 20,000 lions today. Current trends suggest that lions will decline by a further 50% over the next two decades in West, Central, Southern and Eastern Africa.

The possible range of breeding lion populations in Kenya is thought to be roughly 86,940 km2, with 41% of lion range falling within Kenya’s National Parks and Reserves, 40.8% in conservancies and 18% outside of protected areas or conservancies. Further, an estimated 4,037,552 people and 21,630,754 livestock live within 10km of lion range. Across the country human-wildlife conflict, habitat loss and conversion, wildlife disease, infrastructure development, illegal trade in lions and their body parts, and poor conservation management are ranked as the top six threats to lion. 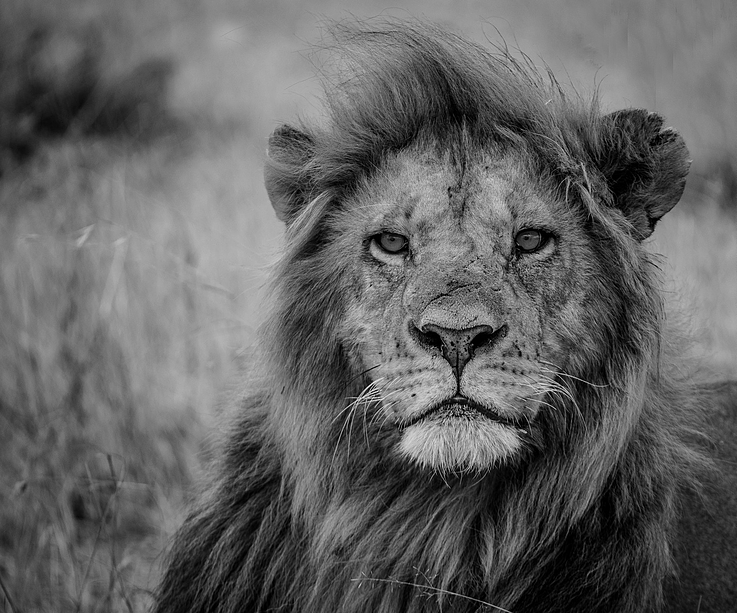 Male lions are known for their luscious manes, but the mane of a lion has many purposes beyond vanity.

The mane of a male lion indicates its age and health, which helps the female pick a fit mate. Lions that have lush and dark manes enjoy longer bouts of reproduction.

Additionally, it protects their neck and head from injuries during fights. 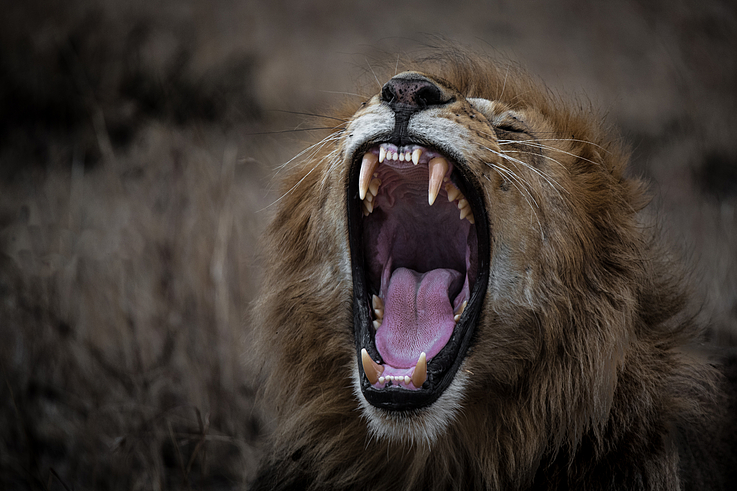 The tongue of a lion has sharp-pointed rasps, called papillae, which are used to scrape the meat off the bones of its prey. They usually prey on ungulates like buffalo, wildebeest, waterbuck, and antelopes, as well as giraffes, warthog, and zebra.

Males only take part in a hunt that involves a big animal such as a buffalo. Although their main role is to protect the pride from other lions and animals like hyenas.

A hunt is a fully strategized affair and females even have roles. Some play the role of 'centre' and others the role of 'wing', the wings chase the prey towards the centres. Once a hunt is successful, the males eat first and protect the kill from other lions. Once they have had their fill, others in the pride will eat.

Female lions and cubs live in a group called a pride.

Females leave their pride to give birth and usually return 4 to 8 weeks later. After birth, females bring the litter back to pride and raise the cubs communally. A cub can suckle from any female with milk. It will stay with the mother for up to 2 years. During this time, cubs learn hunting skills from adults and even practice playfully stalking and pouncing.

Lions are magnificent animals but we are losing them. Once found across Europe and Asia, the population of African lions is now restricted to about 8% of their previous range. The main threats to lions are habitat loss and fragmentation, retaliatory or preemptive killing to protect human life and livestock, and decreasing natural prey. With about 20,000 lions left, the IUCN has categorized them as vulnerable. Learn more about WWF's work so that lions and people living amongst them can coexist.